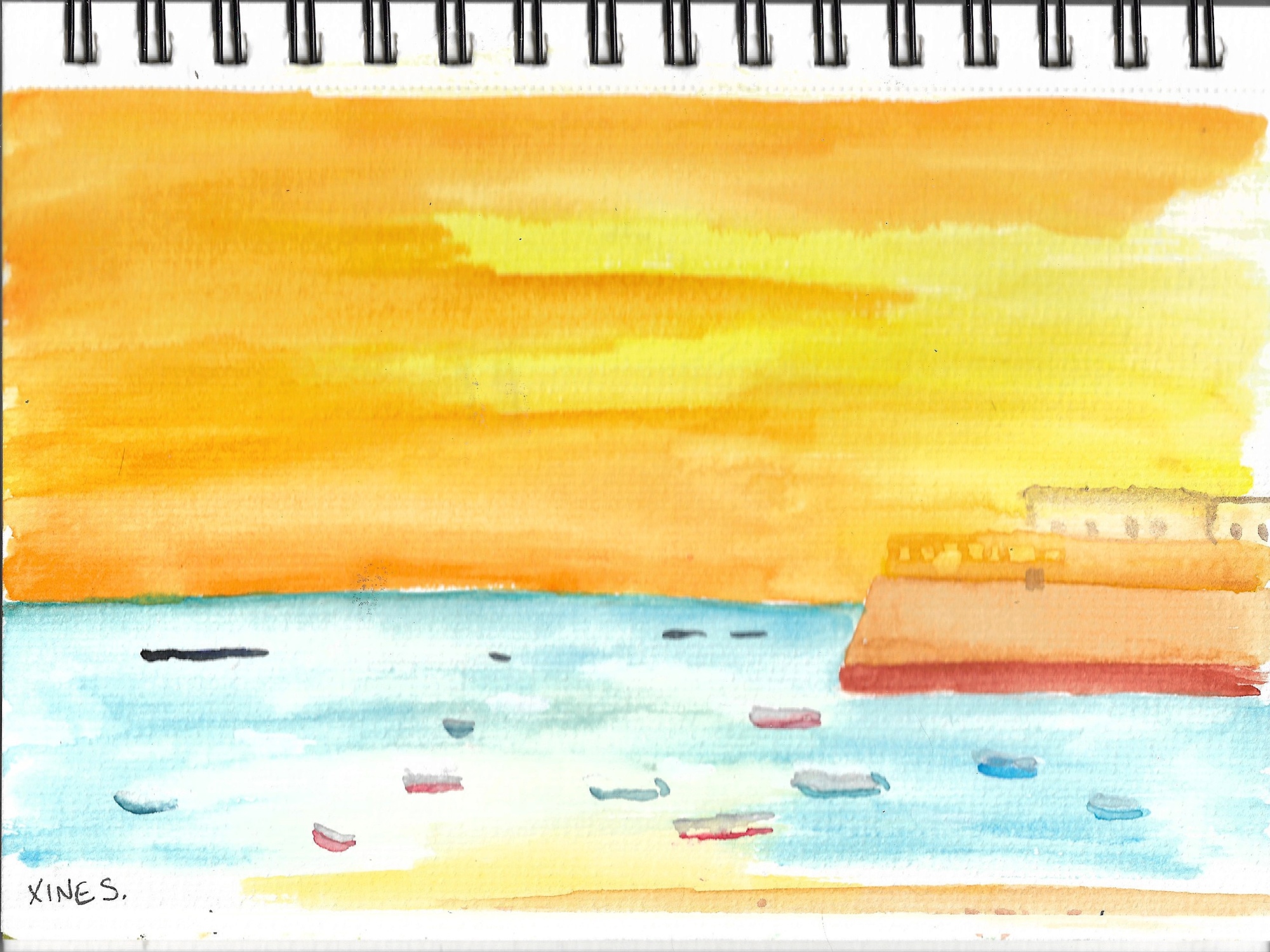 It’s been a busy couple of weeks for me and I haven’t been able to post as much. I have been able to find a little time to continue to work on drawing and painting, although not as much as I’d like right now.

For the DaphXine Art Challenge the last couple of weeks we focused on Italy and Greece. I decided to draw a picture of the parthenon for Italy. Again, I went to Google and searched “how to draw the parthenon step by step” which directed to me to Dragoart which I have used before as a reference.

For Greece, I decided to scour my photos from all my trips to Greece. I found one of a quiet taverna on the island of Santorini and couldn’t think of a better photo to sit with for a while and draw and paint. What I would give to be sitting in a taverna in Santorini right now.

I wasn’t intending to paint my first sketch but time and impatience got the better part of me. I didn’t have the time to resketch a second draft so I just painted the first one. The scan makes the colors pinker than they actually are in my painting. But I also could have spent more time mixing my colors and also color correcting my scan in Photoshop. Impatience is my worst enemy.

For September, we decided to continue our art challenge vacation and head to Spain as part of our DaphXine Art Challenge with the hashtag this month being #EuropeanVacationArtChallenge. I’ve never been to Spain but my son has traveled all around Spain and brought back beautiful photos to share with the family. He has been to Spain many times, the first with some fellow students when he was only in 8th grade. His memories of Spain included Spain winning the Euro Cup, he ate a lot of jambon (ham) and came home with a samurai sword made in Toledo. While looking at the areas he visited I came across Cadiz. Cadiz is a coastal port city of Spain where the Atlantic Ocean meets the southwestern shore of the Spanish coast.

I painted this in my Arteza watercolor pad journal (5.5 in x 8.5 in, 140lb./13.9 x 21.6 cm, 300 g/m2) from a photo I saw on the internet using my Kuretake Gansai Tambi watercolors. I was in a rush since I have been juggling a lot of things lately – selling of house, family health issues coming up – life in general. Not having the time to be such a perfectionist, I decided to go ahead and post my works. I know they aren’t perfect and I am still learning and I need to give myself that time to learn and practice, practice, practice! 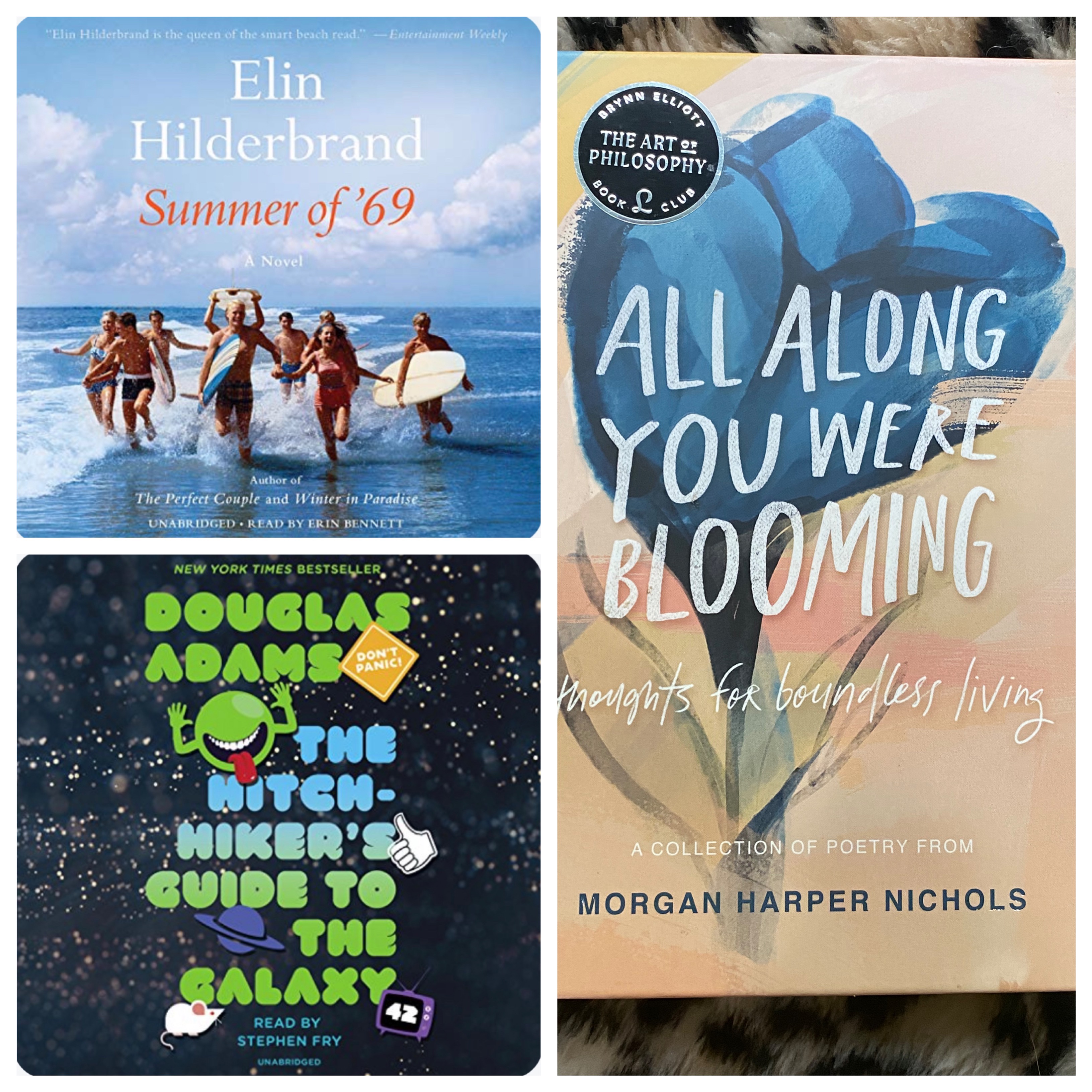 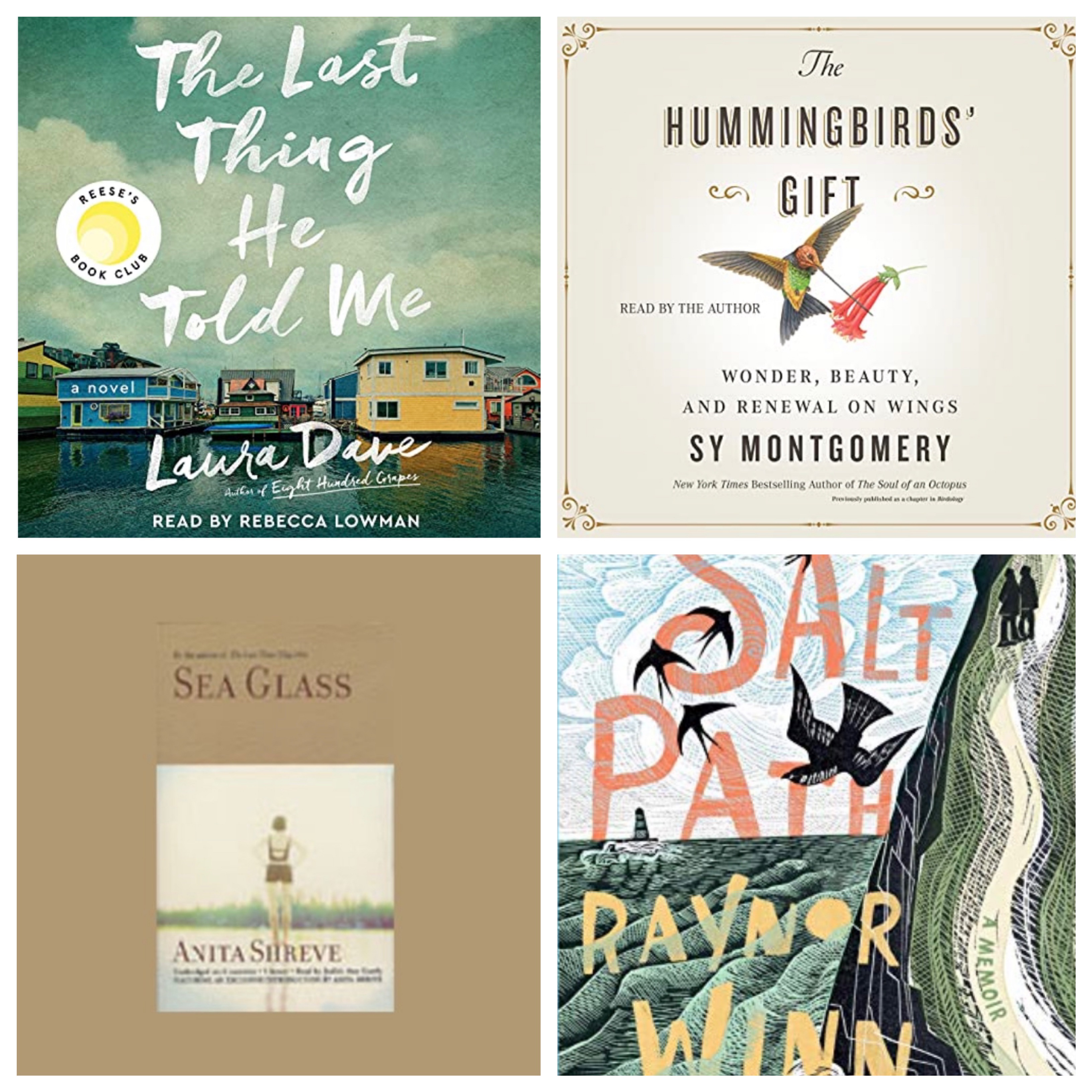 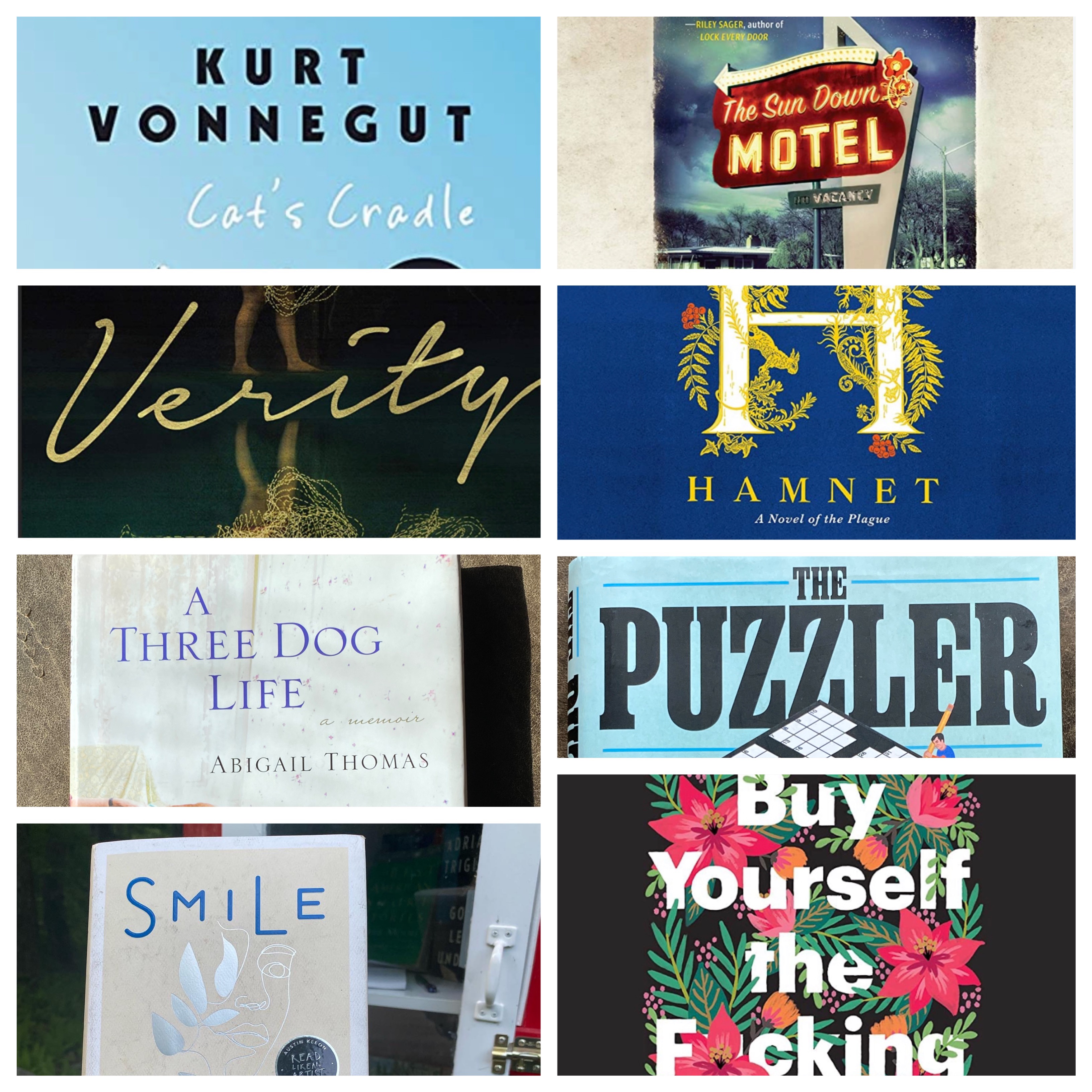 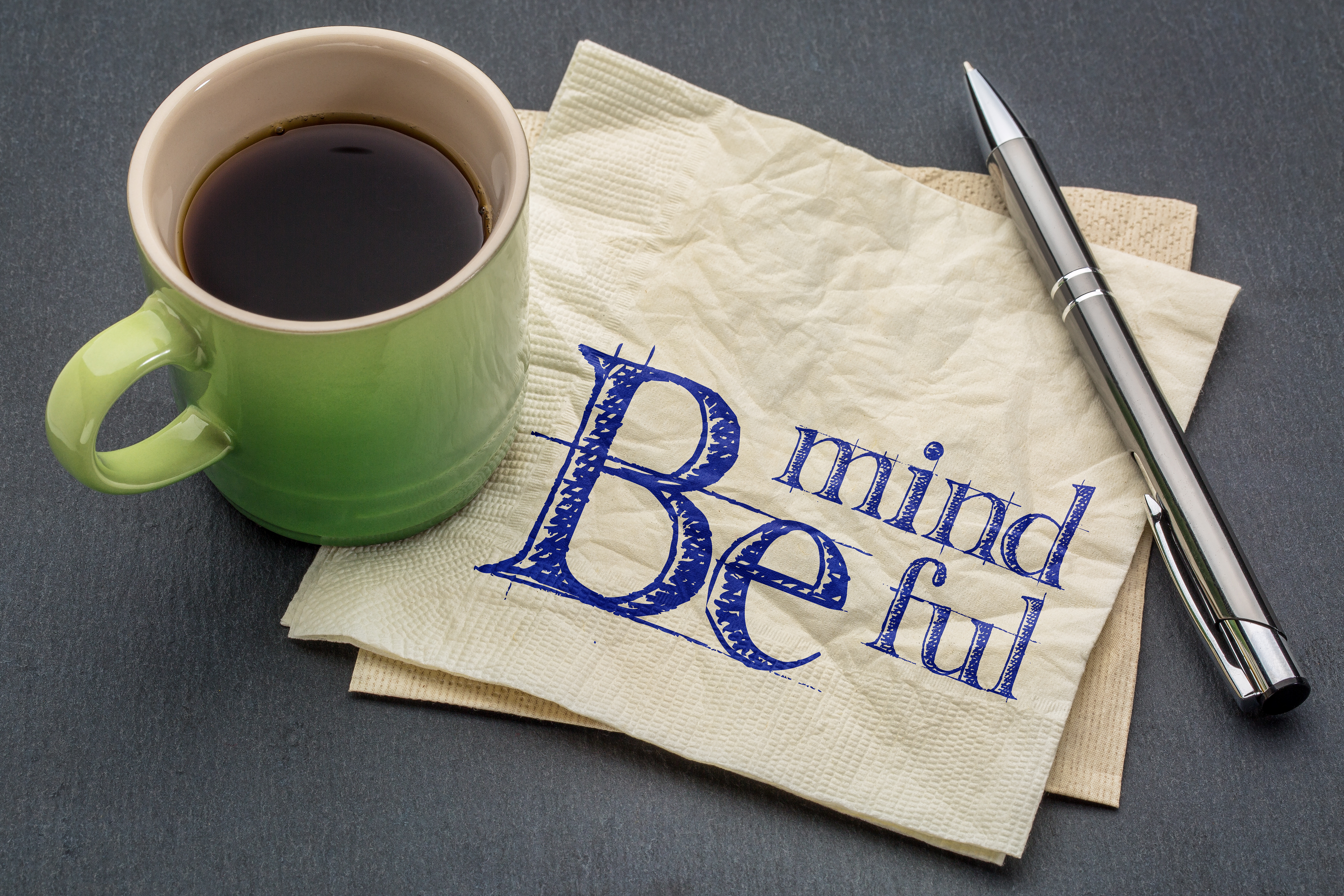 The Only Constant is Change 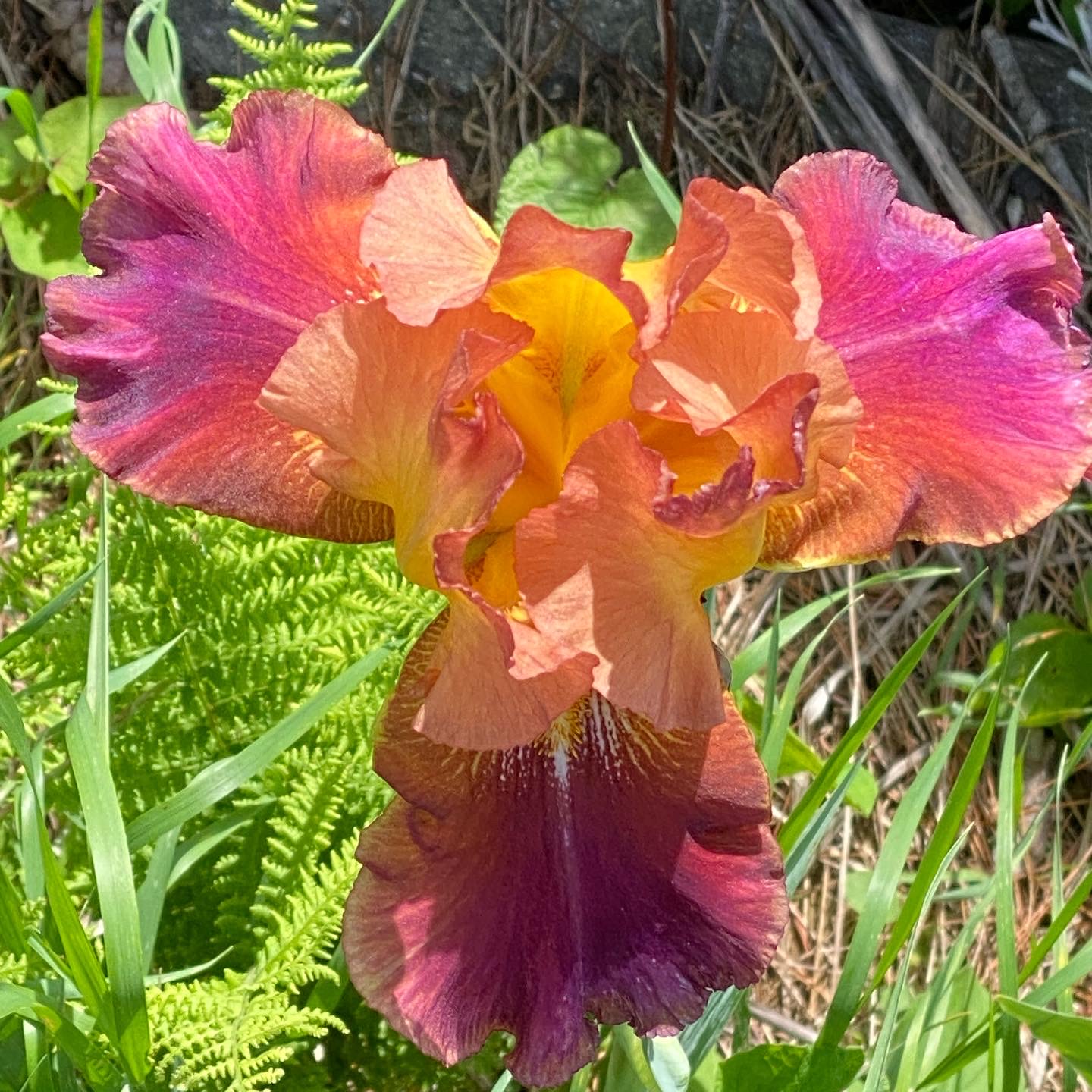